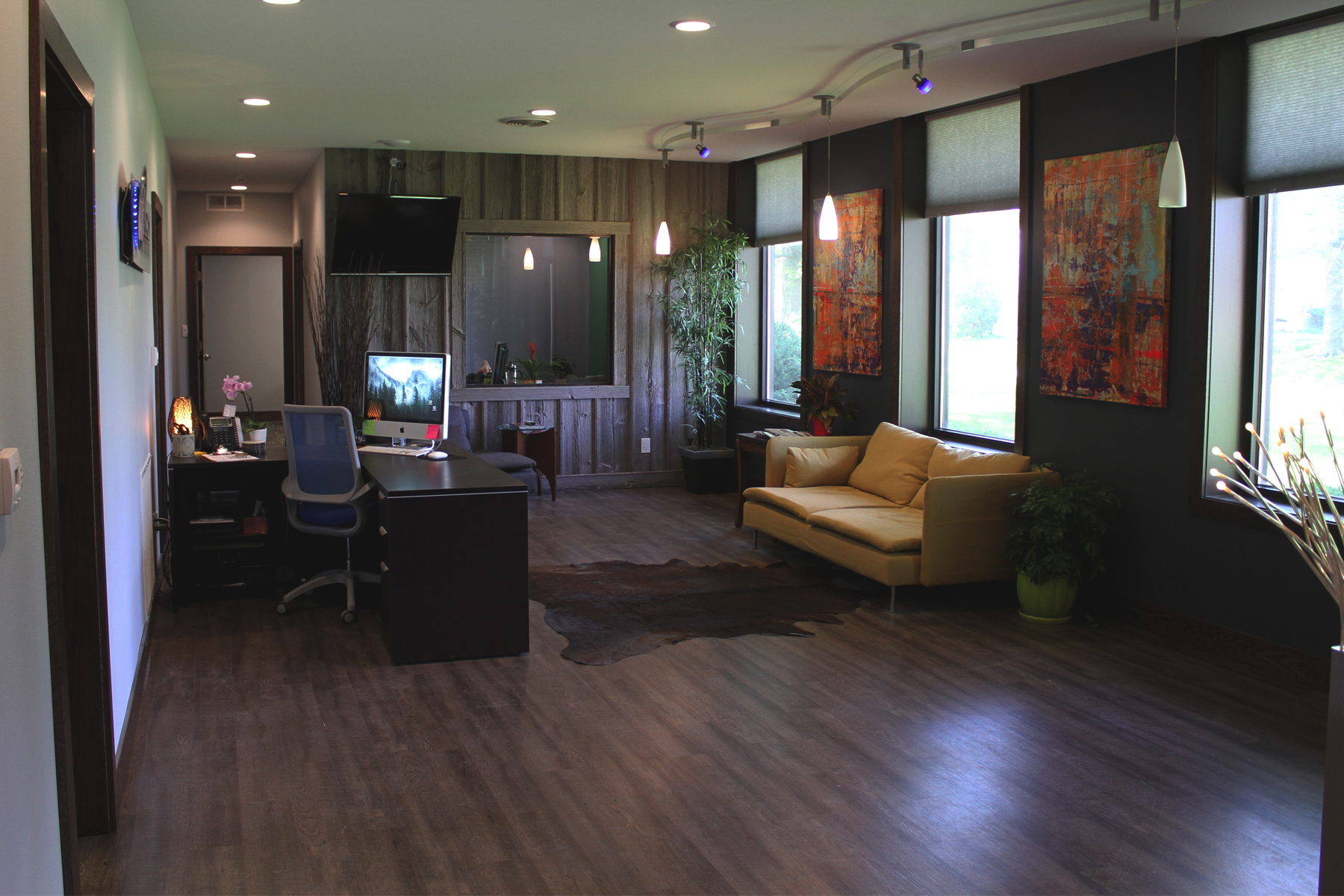 Since our production artists are frequently out and about, there are only six consistent 8 A.M.ers at the office every week.  Alton, our warehouse manager, is usually here first and everyone else can be promised some sort of singing performance, joyful yelling or strange breakfast concoction buffet upon their arrival.  When Ellie comes storming around the corner full force, we know the boss is trailing close behind (a lot of the time with a couple boxes of donuts).  Eric generally sneaks in the back and coops up in his edit suite with a bowl of cereal, while Katie gets the office in order by opening the shades and cueing Christmas Vacation (only for the month of December, of course).  Laura makes her grand entrance and almost always looks so fashionable you might think for a moment that you’ve relocated to the Big Apple.  Last but not least, Doug arrives carrying his briefcase and a cup of coffee.  The majority of the time, the first words out of his mouth will make everyone chuckle – and so begins another day at Rausch Productions.

These 8 A.M. powwows usually happen in our break room while we battle over who gets to brew the next cup of coffee in the Keurig (though we have five different “caffeine cookers“, the kitchen’s Keurig is the Cadillac of them all) .  Talk of past events, future events, cool ideas and funny stories are thrown around, and who can have a bad day when their first conversations are creative and collaborative?